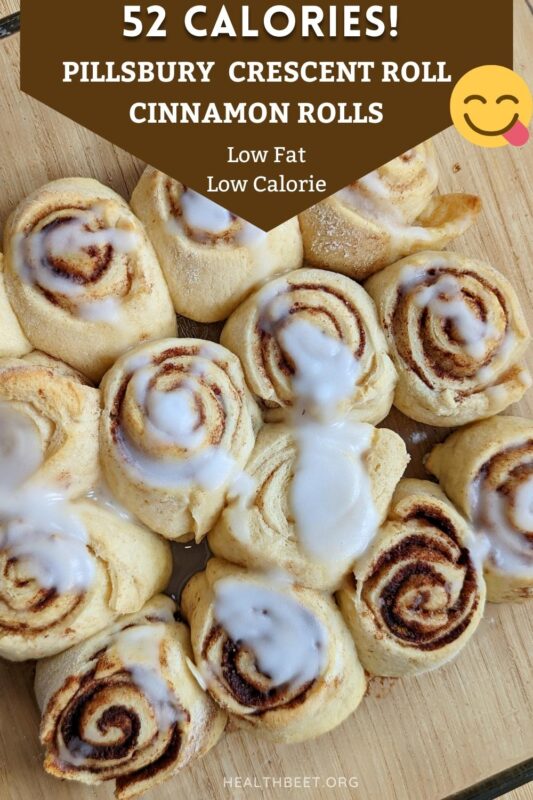 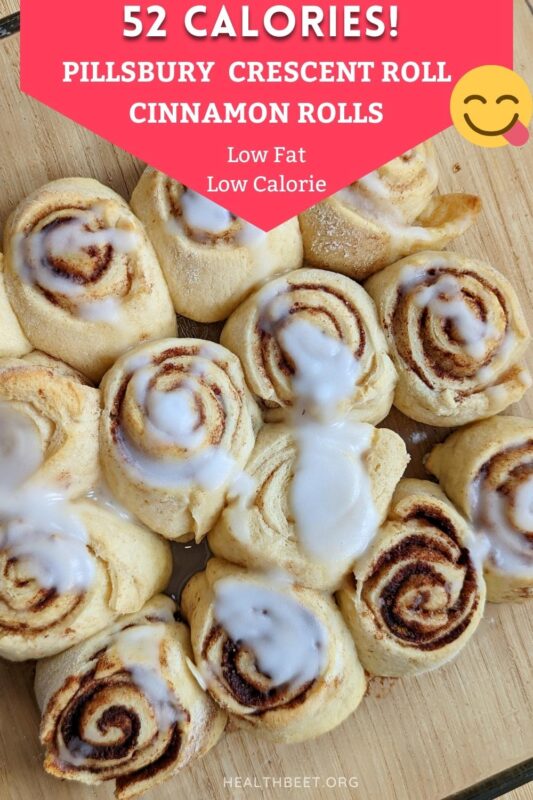 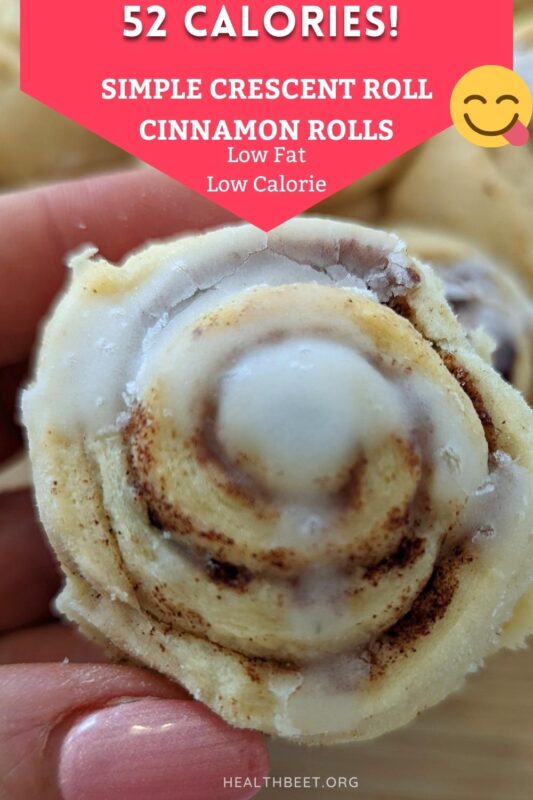 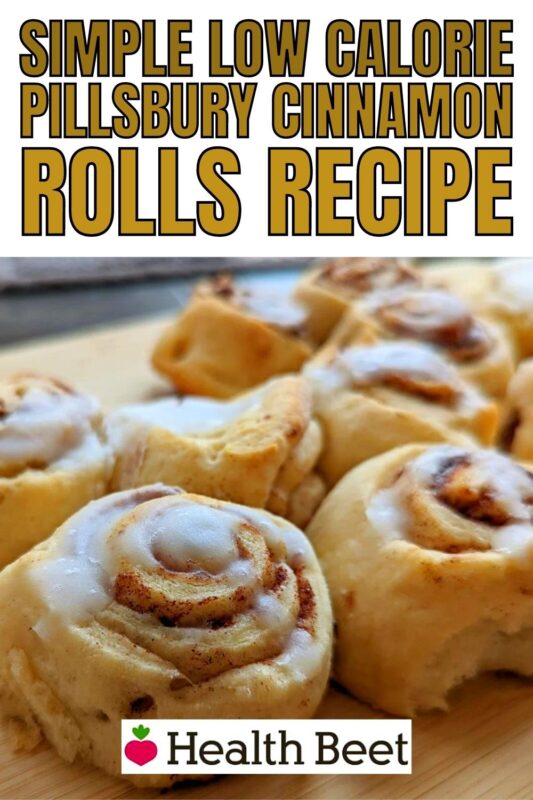 Pillsbury Crescent rolls, the kind you buy in a can, have been around for a very long time. In fact, did you know, the technology for the Pillsbury cans was invented in 1931? Then, in 1965 Pillsbury launched the crescent rolls in the can. (read all about the Pillsbury history here)

Since the launch of the Pillsbury crescent rolls, many variations have come to market, including the Reduced Fat Pillsbury Crescent Rolls.

There are SO MANY different types of Pillsbury Canned Cinnamon rolls. They have big ones, small ones, reduced fat ones, strawberry, pumpkin, hot cocoa with marshmallow, orange, cinnamon toast crunch, cinnasticks, and more. But, they all range from 130-150 calories per cinnamon roll.

Also, the prepackaged cinnamon rolls have 10 grams of sugar.

My DIY version of the Crescent cinnamon rolls only have 54 calories and 2 grams of sugar!

With the dough spread out, I topped it with cinnamon, light butter, and zero calorie sugar. Then, rolled it up like a cinnamon roll and baked! While one reduced fat crescent roll is 90 calories per roll, because I got 14 cinnamon rolls out of this recipe, the calories came down to 54, even with the sweet, cinnamony toppings.

So, check them out, and give this recipe a try next time you want a quick, simple, 20 minute cinnamon roll, without the calories and sugar! 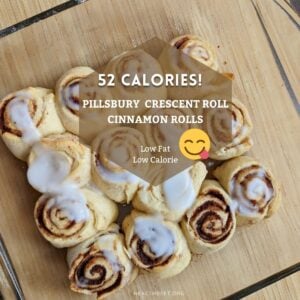