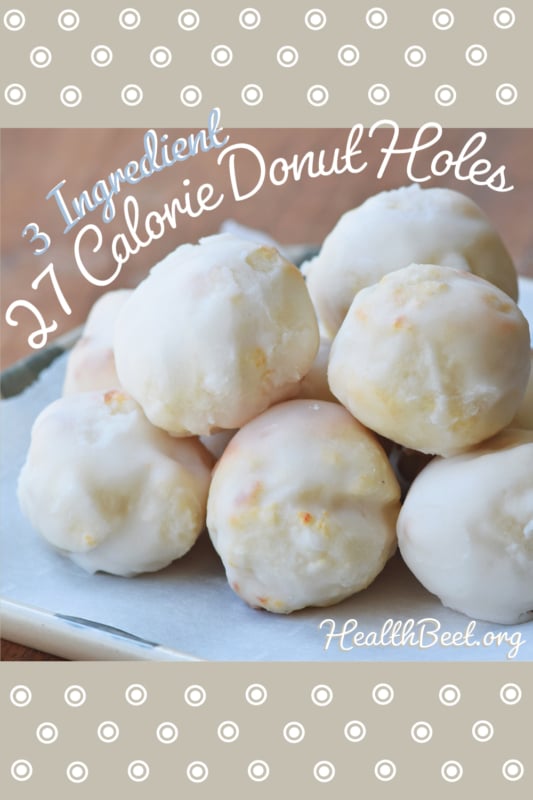 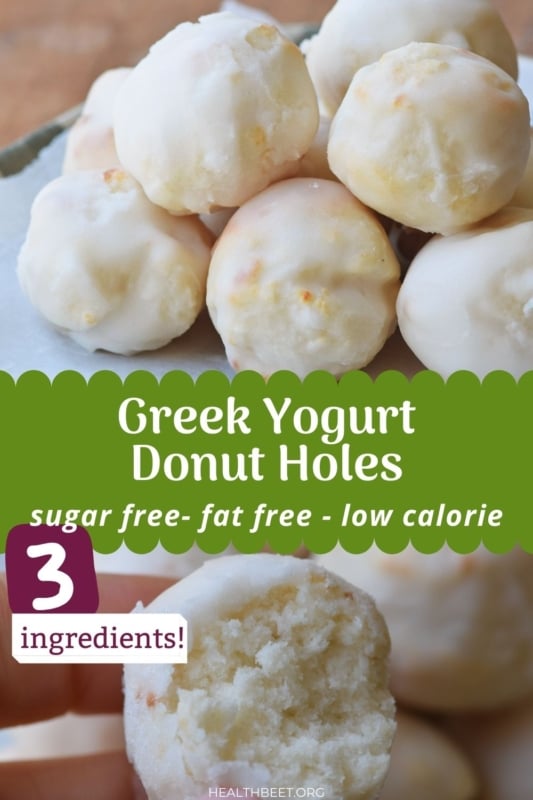 These three ingredient donut holes have HALF the calories as regular donut holes! A healthy alternative, to an indulgent treat! Bonus, they are both sugar free and fat free! All you need is Greek yogurt, self-rising flour, and a zero calorie sweetener.

I’ve made several greek yogurt and self-rising flour recipes. This combination is so forgiving, and so versatile.

But this time I added a zero calorie sugar, and made them into donut holes and the result was unbelievable!

When compared to a donut hole at Krispy cream, these Greek yogurt donut holes end up being half the amount. The Krispy cream donut holes show 47 calories per donut hole, and mine have only 27 calories! And if you want to eat SEVERAL donut holes, and still stay in a calorie deficit, those calories add up.

How to make this recipe

There are two main ingredients for this recipe; Greek yogurt and self-rising flour. ..

It’s important to get your hands in here to combine the ingredients. It might feel like it’s not coming together properly with a spoon. Also, if you are having trouble getting a soft dough, it could be your yogurt is more runny than mine. I like the Kirkland brand greek yogurt, because it’s very thick and creamy.

I decided to use an air fryer to cook these, but you can also bake them. Cook in the air fryer at 400 degrees for about 6-7 minutes, or until donut holes begin to brown.

After these were starting to brown, I made a sugar glaze with the Lakanto Powdered sugar . This is VERY sweet, and sooo tasty!! You’ll just have to spread it onto each donut hole. It starts to thicken up a bit and you can even hold it without it being too sticky.

So, print, save, or share this recipe!! Let me know how it turns out for you! 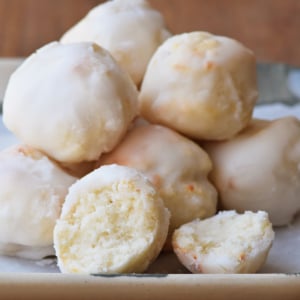