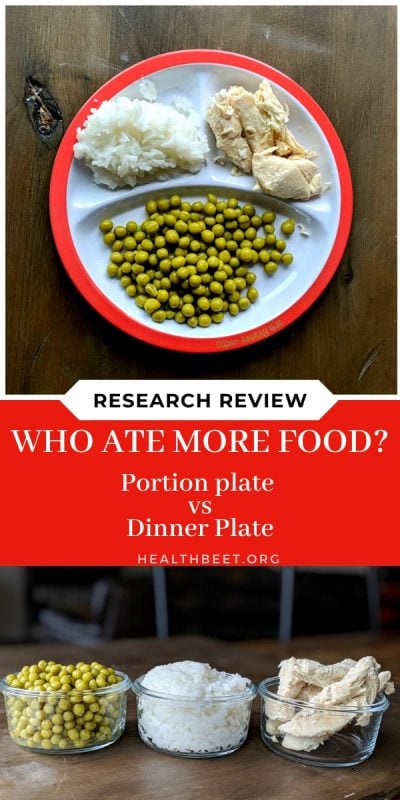 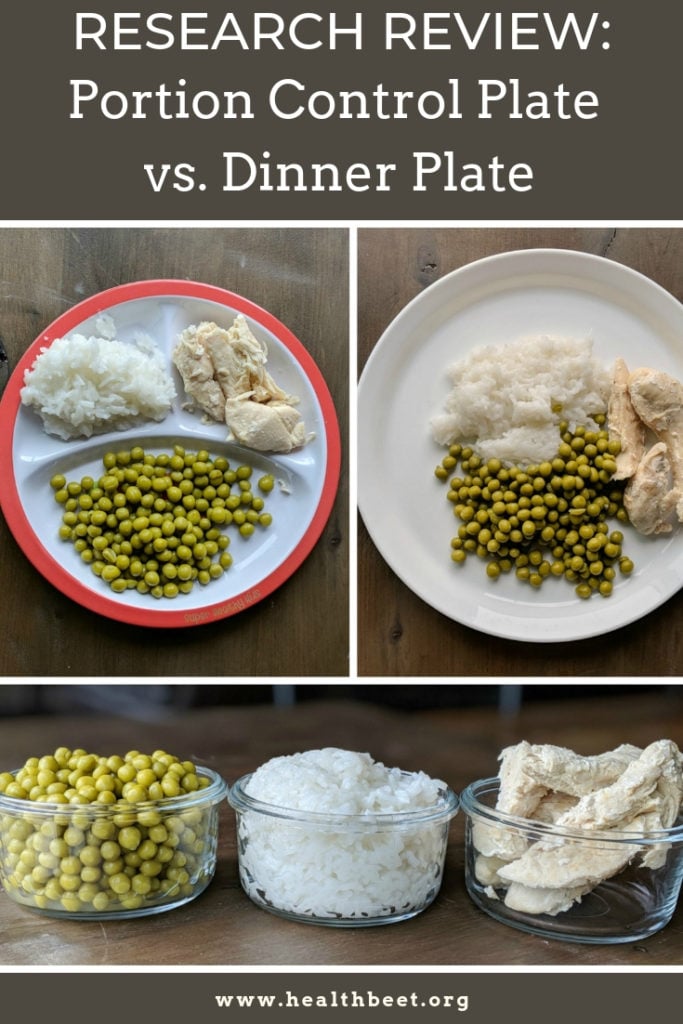 A recent study (2017) revealed, when people were allowed to serve their own dinner on a portion control plate vs. a regular dinner plate, they ate less food.

Consuming smaller portions during a meal should result in weight loss. The question is presented, what are some effective ways to reduce portions?

Portion sizes are too big

This study opened with some alarming statistics. We know the recommended portion sizes are larger than the portions we are being sold. Specifically:

Tricking ourselves to feel satisfied with smaller portions

When food is is served on a smaller plate, or portion control plate, it feels like there is more food to the eater.

Measuring our portions relative to our plates

The plates used in this study were not only smaller than the standard dinner plate, but also had grooves to indicate different portions. Specifically, half the plate for fruits and veggies (or 1 cup), 1/2 cup for grains and starches, and a 3 ounce section for proteins.

For the photos for this article, I recreated the same foods used in the study, even the same brands. They used

The plates were 30 cm for the standard dinner plate, and 25 cm for the portion control plate, with 21 cm of eating area for the food.

The participants, 110 university students, were instructed to serve their own food on one of the plates.

In this study, smaller portions of every food group were added to the plates.

The first study found on the portion control plate vs the dinner plate that 33% less chicken was taken, 41% less rice, and 16% less peas.

The second study showed the same. Less food was served when using a the 25 cm portion control plate. 12% less chicken, 25% less rice, and 16% less peas were taken compared to the 30 cm dinner plate.

Previous studies showed a range from 30%-200% more food on the standard plate. While I’m sure the type of food selected may have a bit to do with the outcome (who likes canned peas anyway?), it does consistently show more food is plated on larger plates.

The research paper concluded with:

The need for tools to enhance portion control is clear and has inspired investigations of the influence of serving dishes and plates design on portion size and food consumption. Portion control plates have the potential to reduce self-selected portion sizes.

To read the full study, go here, and then grab some portion control plates to support your goals of eating less food without feeling deprived!