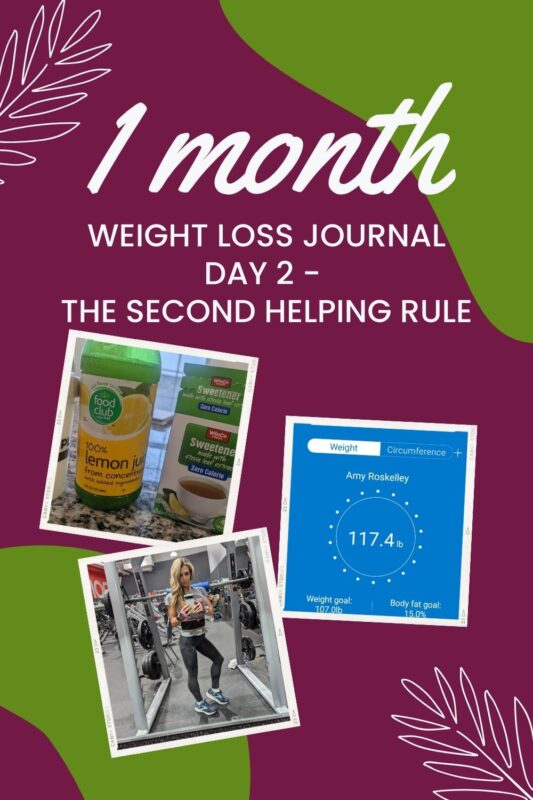 Yesterday I did pretty well. Although the scale was up by 0.2lbs today, I wasn’t too concerned. Sodium from yesterday and not going to the bathroom before the weigh in could be to blame. Because at the end of the day, I MOSTLY stuck to my plan.

Yesterday was Saturday, and I stopped lifting weights on the weekends. I was trying to do weights 6 times a week, but my gym doesn’t open till late on Saturday, and It just kind of messed with my day. So, I went back to weights 5 days a week.

Yesterday, all I did was 3 miles on the treadmill, and walked for about 30 minutes after that. However, my 3 miles was INTENSE! I managed to do a full mile of sprinting at 8mph, and it felt great!

I pre-logged my meals for the day for a daily total of 1415 calories, 149 g protein, 107g carbs, and 43 g fat. I planned for eggs, toast, salad, cottage cheese and fruit, and chicken fajitas.

I drank 1 gallon of water, including my new favorite drink (pictured above). Water, plus lemon juice, plus a stevia packet. It’s so refreshing! I love it and have been drinking it almost every day!

I ate 100% of my planned meals, but then I snuck a few extra things in there. Which, I know is going to slow down my progress. I’m not sure what my problem was.

I have some 45 calorie Sara lee bread, and instead of the 2 I toasted for my morning breakfast, I toasted two more after breakfast. (I love toast!) And then after that, I toasted TWO MORE!! For a total of 6 slices of bread for breakfast. At that rate, I might as well have eaten a NORMAL calorie bread. Which leads me to my discussion below about my failed attempt at “the second helping rule”.

Much like the 6 slices of toast I had for breakfast, I tend to go back for seconds and thirds, and sometimes fourths of a lot of my favorite foods.

A few years back though, I remember coming to the conclusion that If I just had one simple rule to govern my diet, that I could not fail! The one simple rule I decided that would absolve me from ever binging again was what I called the “No second helpings” rule.

This idea came after reading the book, Never Binge Again. That book was about having food rules that were non-negotiable. It sounded so simple. The less gray area there was about food decisions, the easier the choice would be.

The thought I would have around food just before a binge included: “That was delicious, I better have one more“. That thought I thought was the beginning of all my problems. Once I let myself “have just one more”, it never ended with just one more.

So, I found a journal from my attempt at this food rule: NO SECOND HELPINGS.

But, I only bring it up because you might be different. I know many people who have tried the “Never Binge Again” program and seen great success in making things black and white. It’s kind of like Bright Line Eating. Sometimes, choosing black and white rules around eating makes it easier that constantly making decisions every day.

But, I’m too much of a food rebel. I like counting macros and the flexibility it gives me. I mostly eat healthy food, so macros works for me! I never feel deprived.

I’ll be back tomorrow!! Hope you join me!!

READ NEXT—–>DAY 3 Not Giving into Cravings