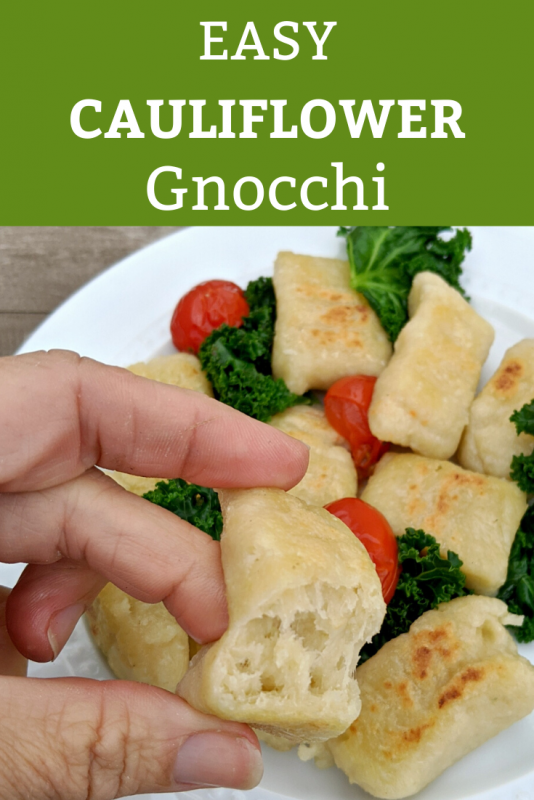 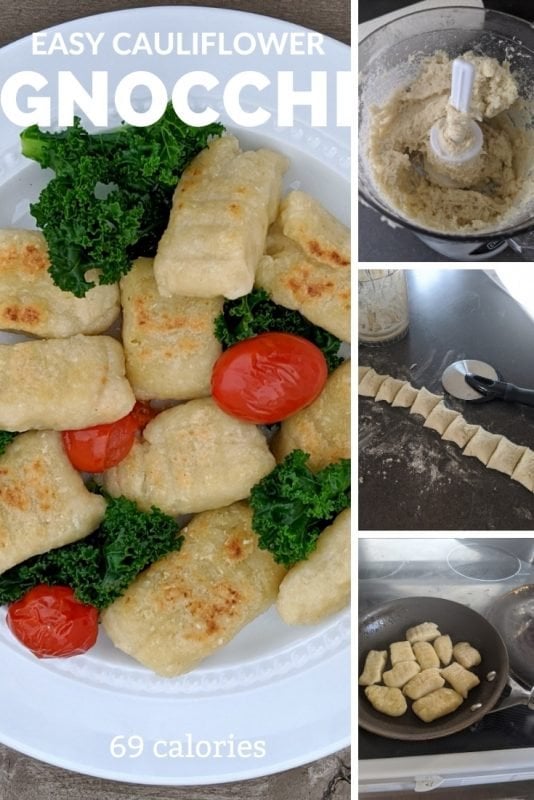 I had no idea how simple and easy it would be to make cauliflower gnocchi from scratch! For only 69 calories per gnocchi, this is such a YUMMY way to eat a balanced plate!

If you’ve ever purchased the cauliflower gnocchi from Trader Joe’s, I can promise you, this is basically the exact same thing. There really is only 4 ingredients to this. Riced cauliflower, flour, salt, and olive oil. So, I set out to recreate it on my own. 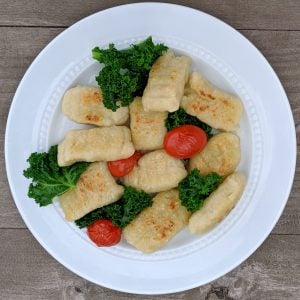 I started with cauliflower that was pre-riced. Meaning, it had already been chopped up into the tiniest of pieces, and I didn’t have to do it myself. Starting with this cut the time by a lot.

Because it was frozen, I steamed it in the bag for about 4 minutes. Once I was done, I poured it onto a paper towel and squeezed out the moisture until it was mostly dry to the touch.

After it was dry, I added the cauliflower to a food processor. I also added salt and olive oil. Then, I slowly added flour until the dough was manageable. I really tried to get away with as little flour as possible, because I knew the more flour I added, the more calories the gnocchi would have. I ended up with just under a full cup of flour to get the gnocchi dough in a place where I could handle it.

Once mixed, I poured the dough onto a floured counter and rolled it into a rope. Then, I cut the rope into 10 equal pieces.

I made a little pattern on the gnocchi with my avocado slicer! LOL

After I had my nuggets of cauliflower gnocchi, I placed them in boiling water for just 3-4 minutes. Then took them out and placed them on a paper towel.

While it’s totally optional, you can crisp up the edges of the cauliflower gnocchi by placing them into a hot skillet with a small amount of olive oil.

There are so many delicious ways to eat the cauliflower gnocchi! Adding more veggies, salt, and a little parmesan cheese is my favorite!