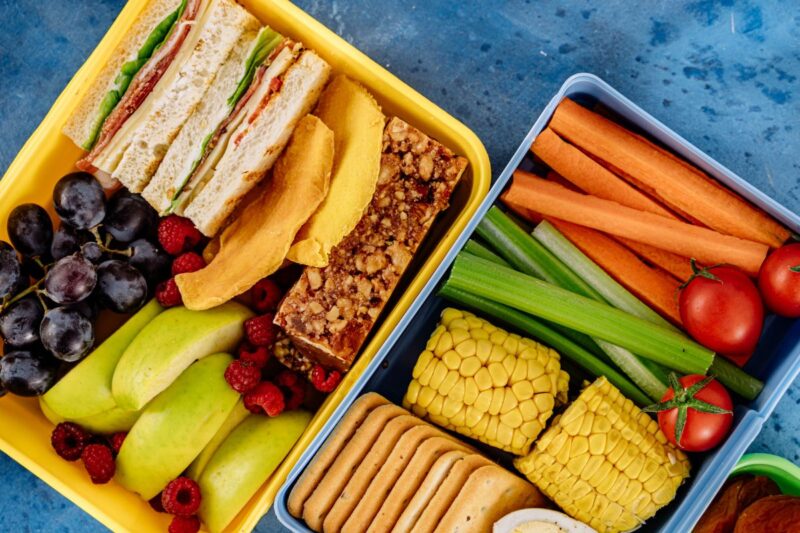 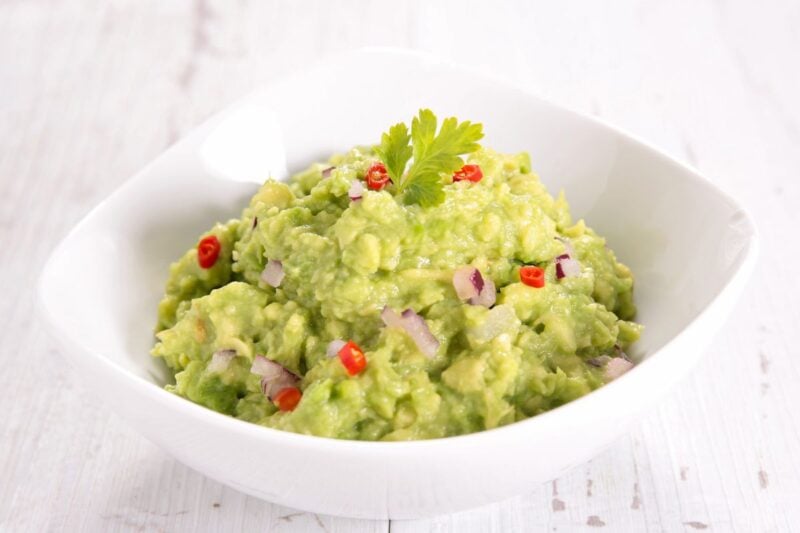 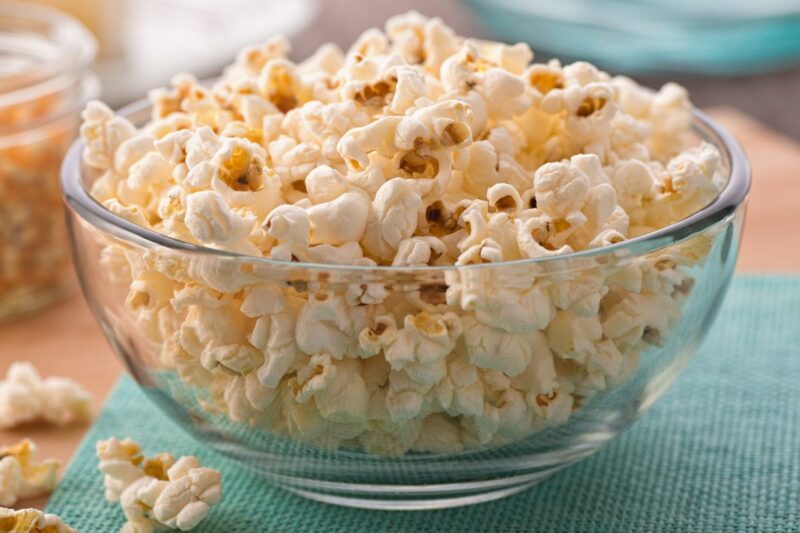 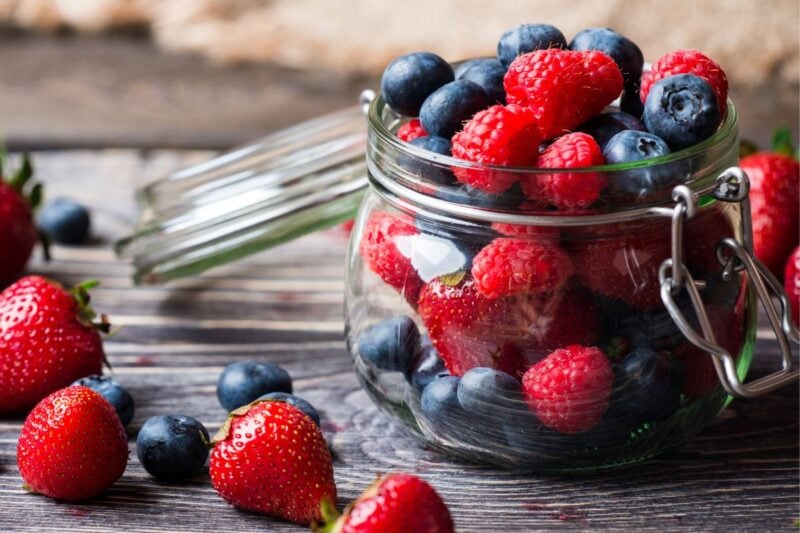 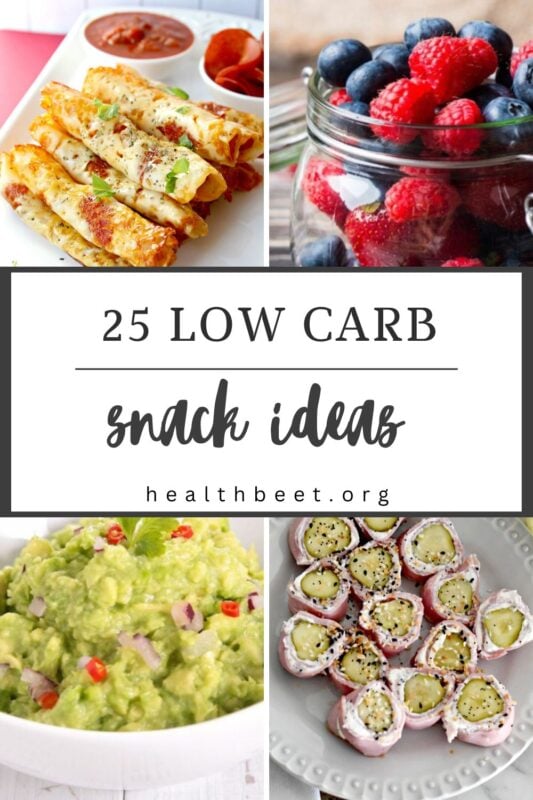 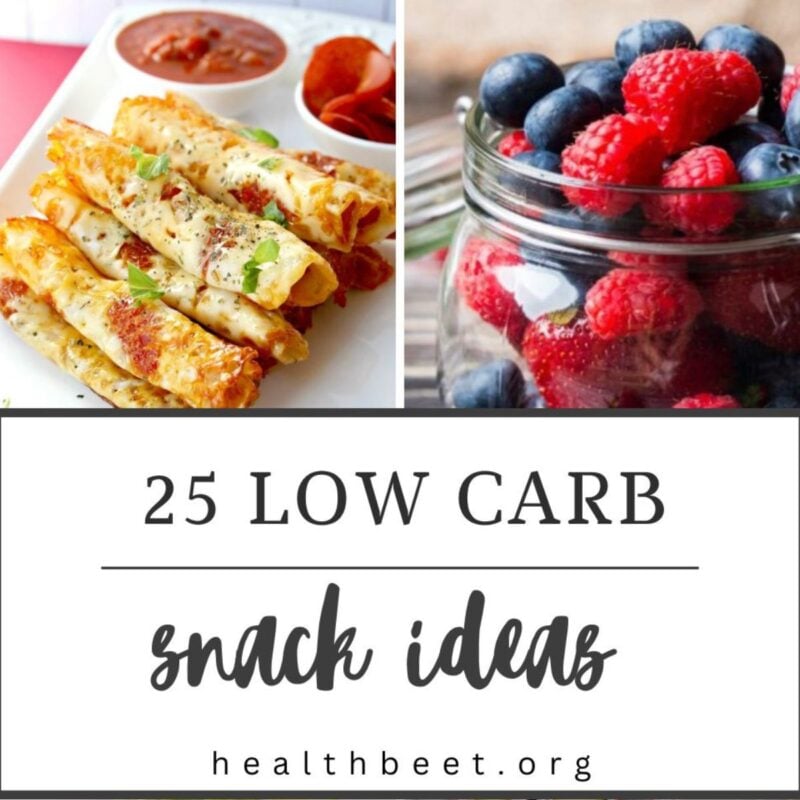 Eating low carb can help you stick to a low calorie diet and curb your appetite. Here’s 25 of my favorite, low carb snacks, under 7 grams of carbs per serving.

Here’s the truth about carbs. They are essential for reaching your health and fitness goals. I would never cut out carbs entirely.

However, to reach weight loss goals with carbs, because of their impact on appetite, you’ll find the best success by choosing complex carbs, rather than simple carbs.

Complex carbs are foods such as fruits, veggies, starchy veggies and whole grains. These are processed slower, therefore keeping you feeling full longer and helping you eat less food.

If you’re wanting to live a low carb diet, it is important to understand what exactly that means. Depending on your total calories for the day, according to the Mayo Clinic, a low carb diet might consist of a daily intake of 20-57g of carbs. Although, I consider a low carb diet, anything below 100grams of carbs.

Considering this, I chose to round up a variety of snack options that have about 7g of carbs or less!

Foods You Can Buy

Foods to Prepare Yourself

While these don’t take a ton of time, they do require a little preparation. If you have 30 minutes, you can can make some of these to store for the next few days. One egg has just 1g of carbs and 6g of protein, so it’s an awesome snack for helping curb your appetite.

Let me preface. This is not a low calorie snack, but it is a low carb snack. These wings are packed with protein and lots of flavor to keep you going. One serving contains 283 calories, 2 carbs, and 21g of protein! You could make them as part of a meal or just have a couple to tie you over until the next meal.

Cucumbers are a really great food for low carb diets, because they can be used as a canvas or holder, similar to how crackers, bread, or tortillas sometimes function. Here they serve to compliment the tuna salad! One large boat contains has 60 calories, less than 6g of carbs, and has 7 grams of protein!

If you’re a fan of celery, then you’ll love these! Not only is there the everything bagel flavor, but I’ve seen all kinds of recipes for the fillings. There’s everything from cheddar and bacon to Italian seasoning to buffalo chicken flavors. Two celery sticks have 93 calories, 2g of carbs, and 2g of protein!

One serving or 3 ounces of broccoli has 93 calories, 6g of carbs, and 2g of protein. This is one of those snacks you could prepare in a larger batch and then save left overs for another day. There’s little prep or clean up, and you can feel great about getting some greens in you!

These pizza bites help satisfy that pizza craving while also being super easy to make and to store as a future snack. Four of these pizza bites contains just 4g of carbs. They are higher in calories, but also high in protein!

Crackers that are low carb? And they only need 2 ingredients?! You can be satisfied with the taste of these homemade crackers and how low carb they are! The recipe makes 8 servings and each serving has just 3g of carbs.

This recipe has about 7g of carbs if you only use 1 tablespoon of the dressing. If you’re feeling really hungry, this recipe is filling while also leaving you feeling light and refreshed. .

Not only are these low in carbs, but they are super easy and quick to prepare. You could have 3-4 bite sized pieces and still fall within the low carb snack category!

I don’t know about you, but I could always go for pizza. If you’re craving pizza but wanting to cut down on your carbs, try these roll ups! They will give you the pizza flavor you want for just 2g of carbs per roll up.

If you have other go-to low carb snacks, feel free to share! I’m always looking for new recipes that taste good and help me feel good too.