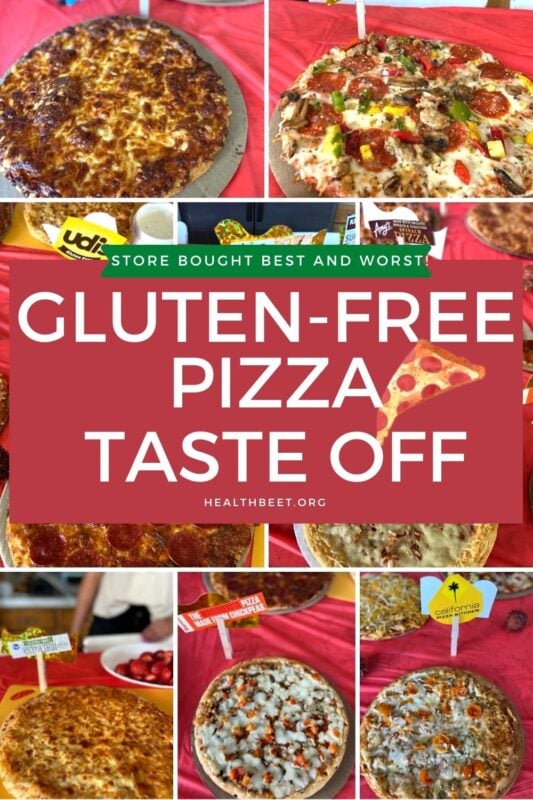 Gluten-free is becoming a lot more common. Because of the popularity of it, many brands are developing new products to suit those needs, a chain reaction of sorts. This makes choosing gluten free products more difficult.

The hardest thing with cooking, baking and eating gluten free is that if it isn’t done correctly the product doesn’t turn out good.

For example, if a product that is gluten free is soo dry and crumbly that you choke on it, chances are that it is missing some sort of binding agent. The binding agent leads to a sort of chemical reaction that needed to occur and didn’t. At this point you’d need to step back and see where you went wrong and learn how to fix it. To be honest it is all a bit of science.

Looking at this from the grand scheme, this  makes decisions for buying gluten free products very difficult as you don’t know which brand to trust or which brand has taken the necessary steps in figuring it out.

There are so many options, that claim to be the best, but without comparing them side-by-side it’s hard to know which has been tried and true, as well as edible.

Well I have gone ahead and done just that for you. I have gone and found 11 of the most popular gluten-free pizzas that you can buy from the grocery store and compared them side-by-side.

As I compared the pizza I asked a few questions. One in particular that i asked is “What makes a good pizza?”

One of the biggest things to me is texture of the pizza. If the pizza is too chewy or too dry it makes the pizza difficult to enjoy. Another thing that plays into a good pizza is the toppings. Do you want fresh ingredients verses ingredients with a lot of preservatives.

Some of the results were very surprising compared to others.

Listed below are the Pizzas that we tried from least favorite to most and the reasons behind it.

By far the worst pizza was by Daiya, however, if you are dairy and vegan this could be a good pizza for you. The whole pizza had a strange taste and was the worst pizza of all. (We actually ended up throwing it away…)

The California Pizza Kitchen pizza was by far the biggest surprise. The crust was so dense and dry, you almost had to choke it down. The other thing were the pepperoni’s didn’t taste right and were a big disappointment. This was tied as the worst pizza.

3. Against the Grain – 3 Cheese Pizza

Against the Grain pizza was much more edible compared to the first two options. However, for the price you pay for such a tiny pizza, it really didn’t taste very good. The texture was off and it left a strange after taste.

Banza is a brand that I’ve heard a lot about. I had a good feeling about the pizza and was sorely disappointed in it. First off the pizza was very crumbly and dry. The worst thing about this pizza was the after taste it left in your mouth.

Caulipower pizza is a decent pizza. If this was your only option of pizza then I think you’d be fine to eat it. However, there are many pizza’s that are much tastier than it. This tied with the Kroger pizza.

This pizza was a toss-up for a few different people. Some thought it tasted good, others said their biggest complaint was that the cheese tasted fake.

Amy’s was by far the most unique pizza because of the veggie crust. The crust was surprisingly moist and tasty. It reminded most people of a pesto cheese pizza.

Most individuals thought this pizza was a good option. However, for the size of the pizza it is pretty expensive and the taste isn’t superior. One perk about this pizza is that it is usually available at most grocery stores.

By far the best priced pizza and it had a very good taste, texture and flavor. However, the biggest downfall is that if you don’t have a Costco membership you aren’t able to get this pizza. I was surprised because most people couldn’t really tell it was a gluten free pizza.

The next two pizza’s tied for first place and will really depend on availability for purchasing. Sabastassos pizza is only a cheese pizza. The cheese is delicious though and the crust is to die for. However, if you prefer pizza with other toppings then you will have to add them yourself.

This pizza is probably the easiest pizza to find, one of the biggest and with most variety. This was also the favorite pizza of the night. It has a chewy tasty crust that melts in your mouth with a nice cheese and pepperoni topping.

After trying all the varieties of pizza we were surprised by some of the results. Pizza is a higher calorie food, eating in some moderation is always key. Pair your pizza with some healthier sides like a salad and fruit to help you get full on other things and be sure to enjoy what you can!

Paige Merritt is a Health Care and Wellness Professional with a Bachelors of Science in Human Nutrition with an Emphasis in Allied Health from Southern Utah University. She is a firm believer in Lifestyle changes and not just quick fixes or fad diets. She specializes in Gluten Free and Allergy Diets. Paige is a Mother, Wife, World Traveler and a Celiac.