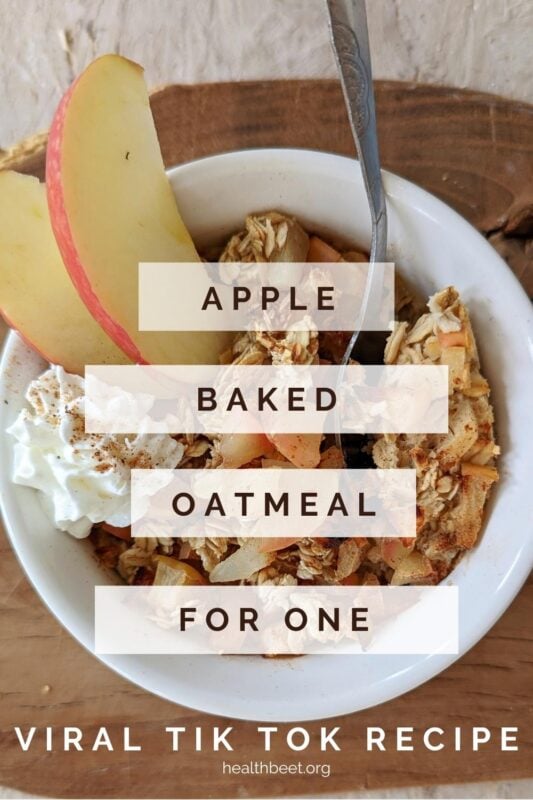 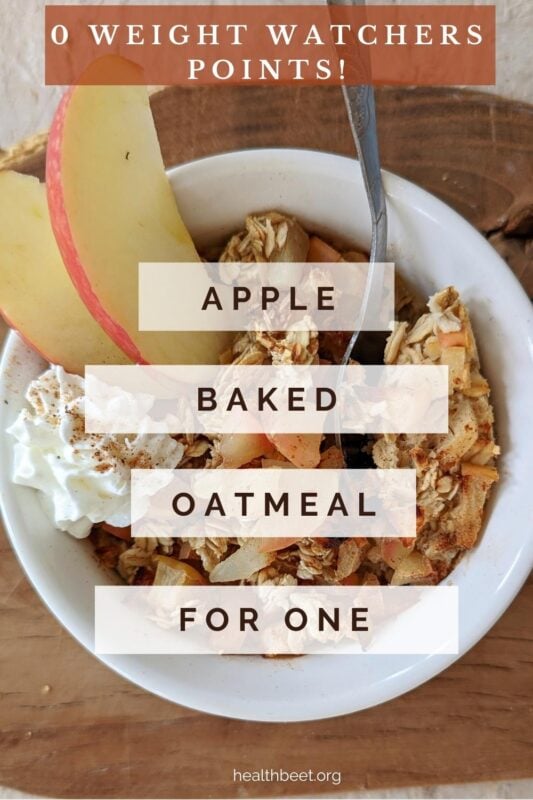 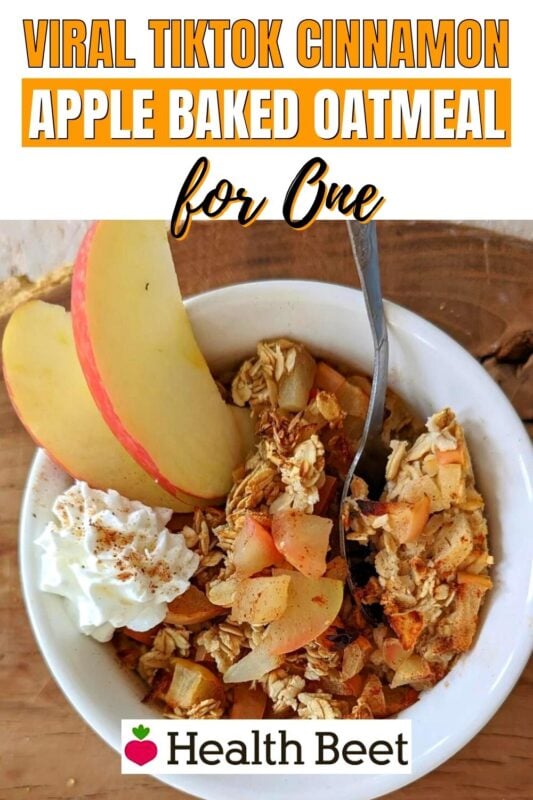 This viral Tik Tok Video for baked oatmeal had me excited to try the recipe for one serving instead! Check out the delicious Apple Baked Oatmeal recipe for one person.

Recently, one pan baked oatmeal has been going viral on tik tok. (see what it is here!) In just a 10 minute scroll, I found it 4 times! (you can find my version here)

But here’s the deal. If I make a full pan of Baked oatmeal, it’s likely that I’ll be the only one eating it, and I can absolutely eat the whole pan. I love baked oatmeal!

So, I decided to modify the recipe to make just one serving, and instead of mashed bananas and berries, I used applesauce and cinnamon covered cooked apples! I was DIVINE!

The ingredients I used to make apple baked oatmeal:

I added all the ingredients to a ramekin and baked it in the oven! SO EASY, and zero mess. 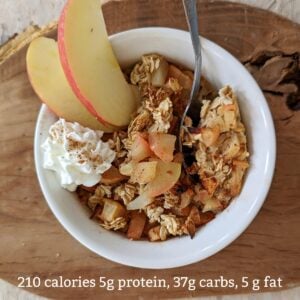 Apple Baked Oatmeal for One