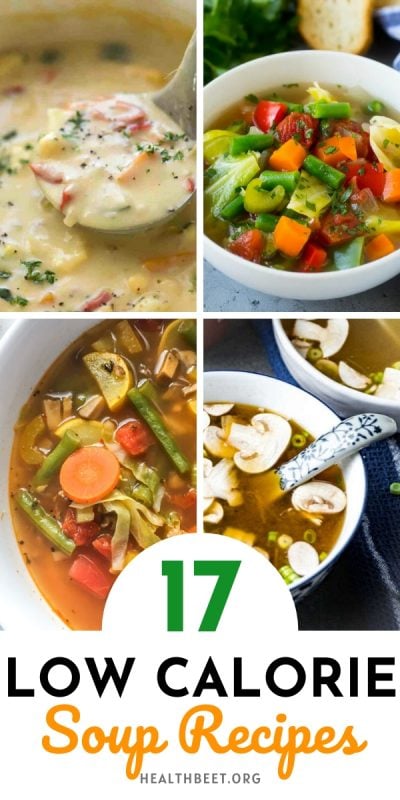 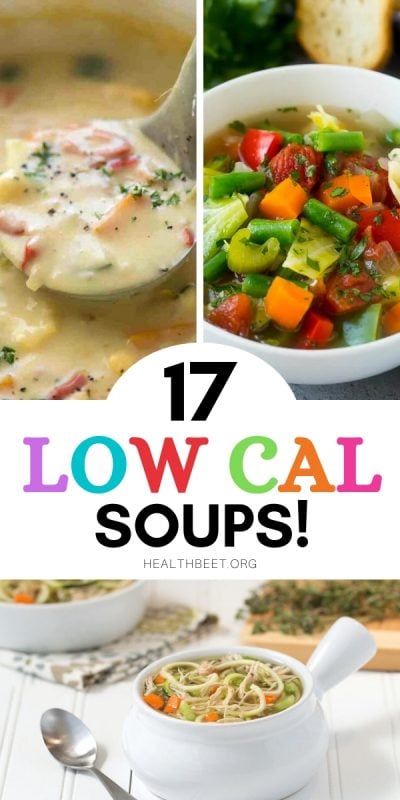 Soups can be incredibly healthy, or incredibly high in calories and fat. If you are counting calories, I found the top 17 low calorie soups that will have you licking the bowl.

Soup can be great for any weight loss goals or healthier eating. Generally, soups are packed with low calorie vegetables, lean meats, and a lot of herbs and spices.

I also love that soups are made for meal prepping! You can make a soup ahead of time and freeze it. You can also make a large batch once, and eat from it all week.

However, in searching for low calorie soups online, I found it frustrating. Nothing makes me more annoyed than finding a soup recipe that claims to be “low calorie”, but they don’t post the calories.

I also get frustrated with it’s labeled as low calorie, but it actually isn’t!

But, I was able to find a great recipe for each type of soup you might like. A few of these recipes I found below, I ran through the MyFitnessPal recipe scraper to get the calories just so I would have that.

And some of the soup recipes, I actually slashed the calories in half because they were reporting calories for 2 cups, but I was interested in 1 cup measurements.

To gather the soup recipes below, I tried to select 17 different types of soups. Vegetable soup, a broth soup, a bean soup, etc. Hopefully I hit all your favorites.

So, there they are. 17 of the best, tastiest, healthy, low calorie soups for your next dinner!

READ NEXT –> 19 Ideas to Use Shredded Chicken!

Pin and save for later!