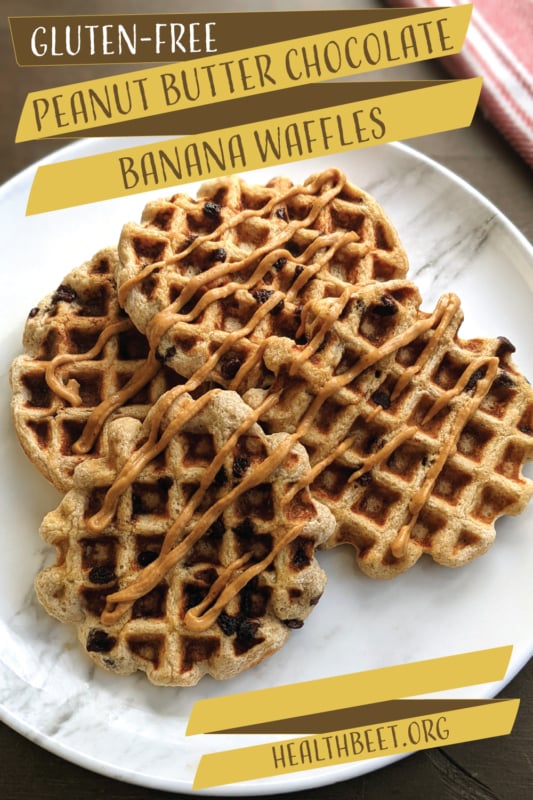 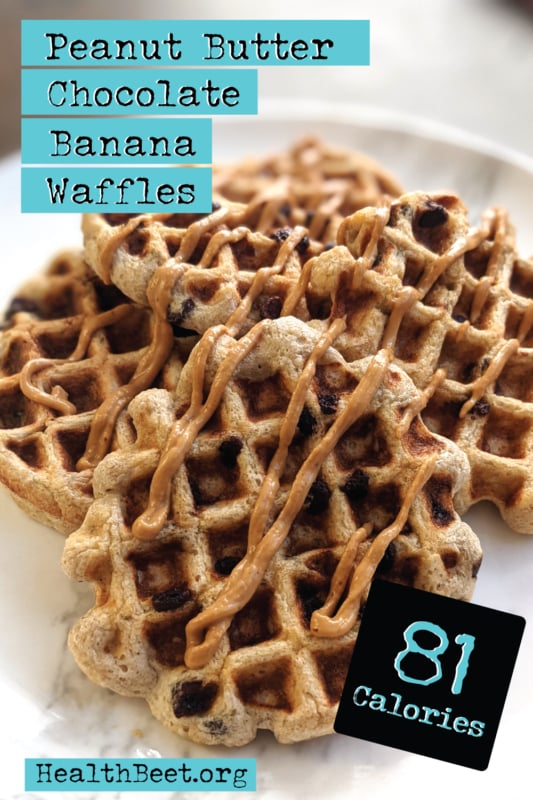 These fluffy chocolate peanut butter banana waffles are made from just egg whites, oats, and a banana! Delicious recipe, that is high in protein, gluten free, and low in calories.

The calories and macros for these banana waffles are 81 calories if you make a mini waffle, 4 grams protein, 12 grams carbs, and 2 g fat.

If you are trying to cut back on calories in an effort to lose weight, this recipe for banana waffles is going to hit the spot! I love to eat food that feels indulgent, yet low enough in calories that I can still eat a lot more food the rest of the day. Counting calories, even in weight loss maintenance has been crucial for me keeping the weight off. (read my weight loss story here)

How to make this banana waffle recipe

I considered a few things when deciding to try this waffle idea. 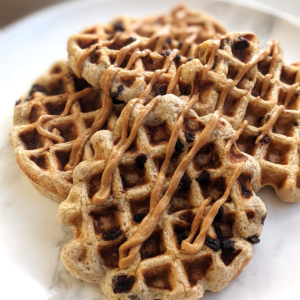