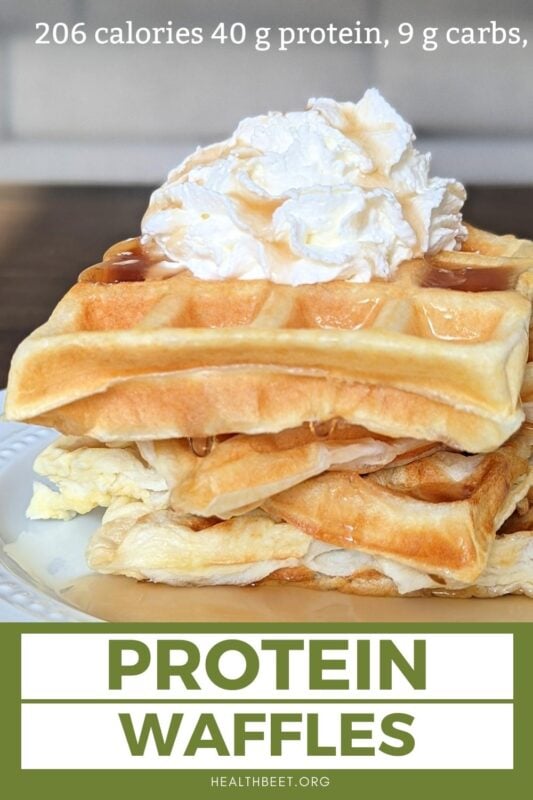 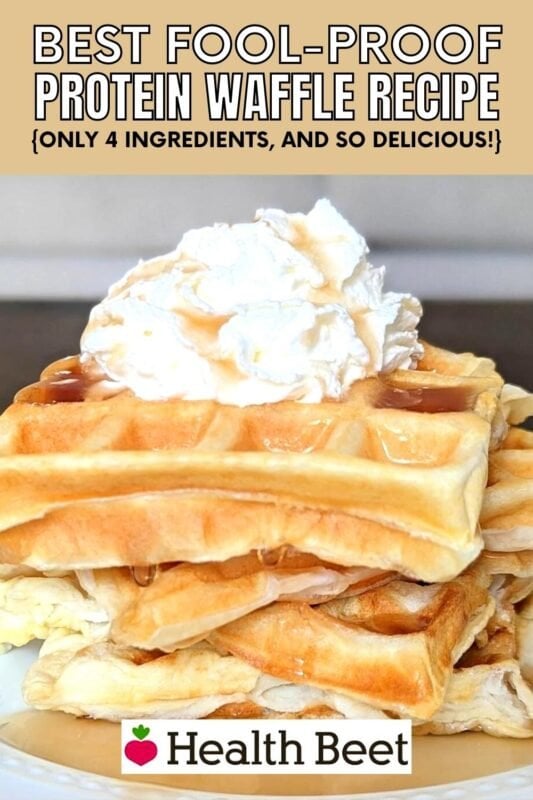 Are you looking for a homemade protein powder waffle that also tastes great? With protein powder, egg whites, flour, and almond extract, this fool-proof protein waffle recipe is the best!

Why make your own protein waffles?

Did I mention, THESE homemade waffles, with 200 calories, has 40 grams of protein!? Holy hannah. That’s a lot of protein. Plus, much cheaper than storebought “protein” waffles. (for a list of my favorite ways to get protein, click here)

I never thought I’d be able to start my day without cheesy eggs. I’ve been eating them for so long! But, whenever I eat them (and veggies) I tend to over-do it with the salt shaker. I won’t even tell you how high my daily sodium has reached.

So, in an effort to reduce my sodium, I decided to make some protein waffles for breakfast in order to take a break from sodium. I know I can eat my eggs without extra salt, but I’m taking baby steps here. (and a side note: dropping my sodium reduced the bloating I was having in my abs significantly!! I’m not talking about shrinking my waist by a little, I am talking shrinking it 2 inches over the last 7 days. I’ll share more about that soon!)

How to Get the Best Texture for Protein Powder Waffles

I’ve made protein powder pancakes and waffles before, many times. But, I’ve never been quite satisifed with the texture.

Cooking with protein powder sometimes makes your finished waffle or pancake either rubbery or spongey. Not really waffle-like. I also have tried a Belgian waffle iron and the mini-dash (which I love).

But, I knew I wanted these waffles crispy on the outside, and bread like in the middle. So, I finally bought a REGULAR square waffle iron. I am so glad I did. I think it gave the right density to these waffles that I was looking for.

So, I tested a variety of amounts of egg whites, protein powder, flour and no-flour, and different extracts.

Here’s what I found with my waffle testing!

The difference between all these tests were SUBTLE! That’s why I feel confident in saying, this recipe is fool-proof! You can make any of these swaps and you won’t notice a huge difference in your waffle.

I’d love to hear from you if you try these!! Which way did you make them? 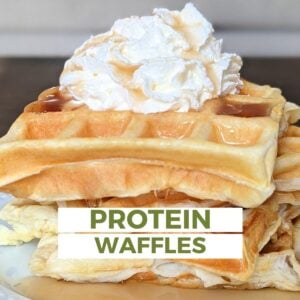