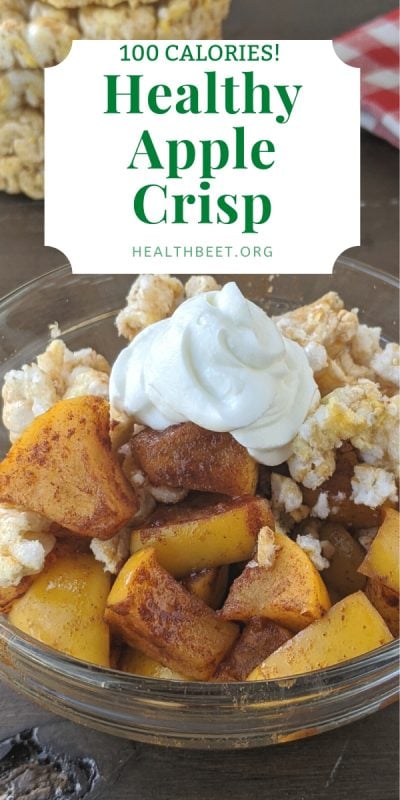 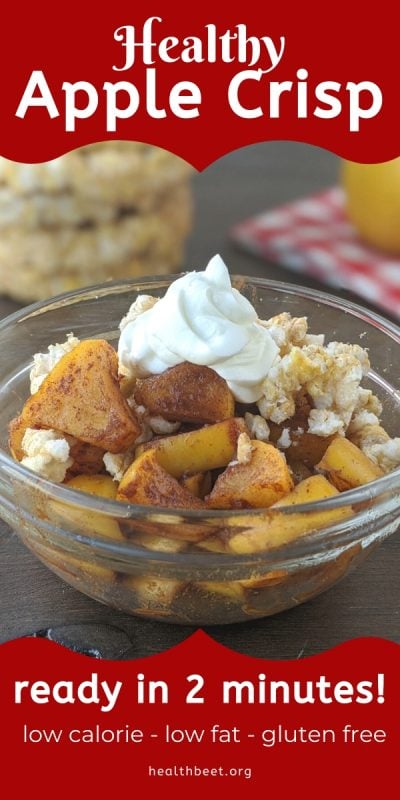 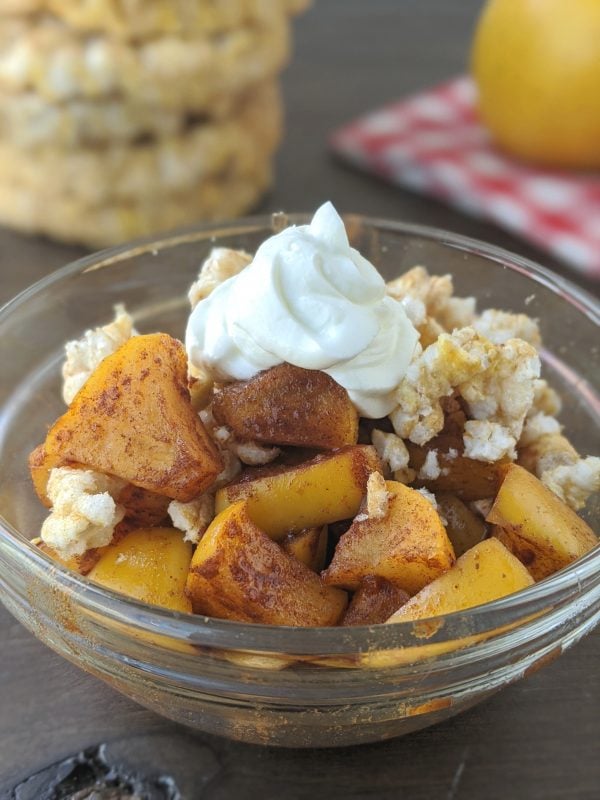 This healthy apple crisp is a simple cinnamon and sugar baked apple with a crispy top. It takes 2 minutes in the microwave and then a crispy caramel rice cake crumbled on top.

This apple dessert is low in calories because I used a zero calorie sugar substitute and a caramel rice cake for crunch.

Why should you make this healthy apple crisp?

Cut up one apple for this healthy apple crisp, and you have built in portion control! Certainly you can make extra apples, but you can only cook them one at a time anyway.

So, whether you make apple crisp by adding the rice cake, or just make some healthy baked cinnamon apples, portion control is built in. (see my other 100 calorie desserts here!)

Yes!! You read that right. In 2 minutes you can have your healthy apple crisp. Of course, traditional apple crisp takes a good solid hour to be ready to eat.

4) This apple crisp is healthy!

Just looking at the ingredients, this baked apple dessert is nutritionally equivalent to eating an apple! The cinnamon adds a little extra nutrients. Baking the apple allows the nutrients to become more bioavailable. And the sugar we are using has no calories.

Cooked apples are also easy on the stomach. Raw apples can be difficult for me to digest, and I’m not alone in that. If raw apples or dried apples gives you digestive issues, chances are cooked apples or applesauce could be tolerable.

So, I decided to make my usual microwave baked apple, but replace the sugar with some golden monk sugar I found at the grocery store to lower the calories.

So, the final recipe used:

Then, all you’ll need to make this healthy apple crisp is 2 minutes:

Also, you could top your healthy apple crisp with whipped cream of yogurt. I’ve done both, and both are delicious. 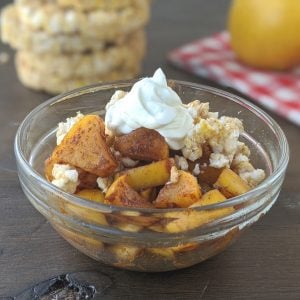