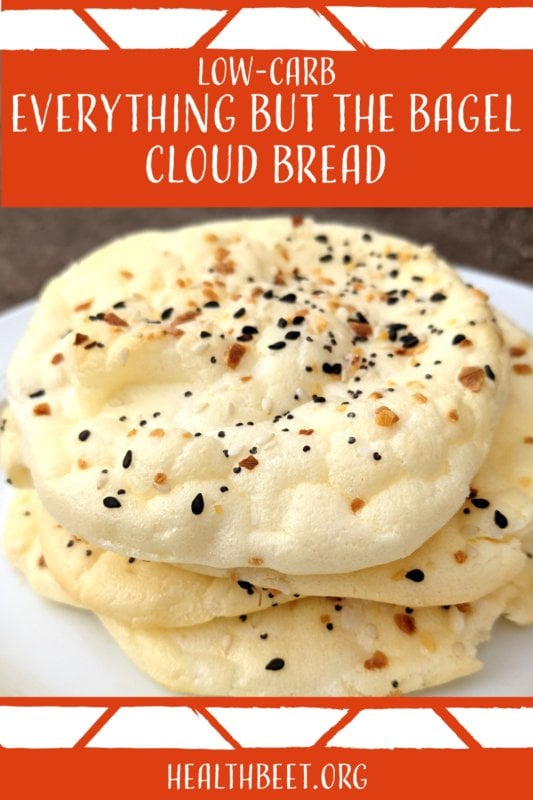 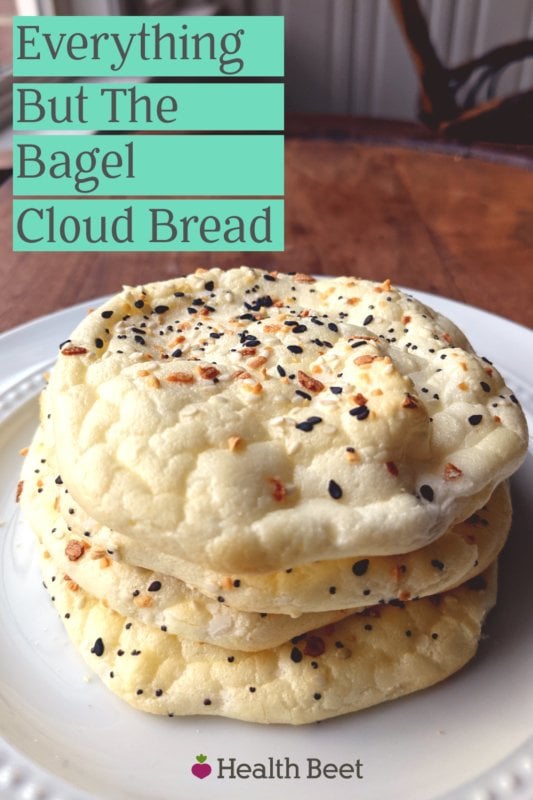 Whether you are gluten free, keto, high protein, low carb, or just want to try a new delicious recipe, you’ve got to save or print this recipe for low carb cloud bread!

Out of all the diets I’ve been on, I’ve actually never tried Atkins or Keto. I can’t imagine a world without carbs.

However, in the past year, I’ve become a little more open minded. I’ve crossed over a bit into following a meal plan with “fewer carbs,” in an effort to replace some calories with more muscle building protein. (see all my meal plans here)

So, in my journey to eat fewer carbs, I’ve found so many interesting recipes, like the now trending, Cloud Bread!

Cloud bread has been around since the 70’s with the rise of the Atkins diet. Cloud bread is shared in the low carb and keto community as a low carb, gluten free substitute for bread. And in my opinion, it does a pretty good job!

Substitutions for this cloud bread recipe

All the recipes I found for cloud bread are pretty similar, with slight modifications. The classic recipe has eggs, cream of tarter, and some cream cheese.

The second swap was instead of two eggs, I used only one of the yolks. A full egg has 72 calories, while the white only has 15 calories. This was a saving of 57 calories.

How to make this recipe

To make cloud bread, you first need to whip the egg whites with the cream of tarter until stiff peaks form. Then, combining the yolks with the creamy cheese, you fold them in together.

Then, once you have your fluffy “dough”, drop it into circles on a baking sheet lined with parchment paper.

You can season it at this point as well. I chose to add some Trader Joes’, Everything But the Bagel Seasoning! Then, you just have to bake it at 300 degrees for 20 minutes.

Cloud bread is a bit fragile. Obviously, not as hearty as actual bread. But, it really is tasty with that Everything But the Bagel Seasoning! It sort of melted in my mouth with a buttery, garlicy taste!

There are other great ideas on the internet of ways to flavor your cloud bread, which I’m really excited to try.

But, in the meantime, try just making the classic recipe, and then get creative from there. 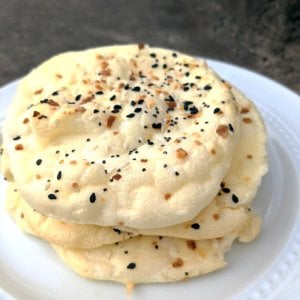 CLICK NEXT FOR ME RECIPE FOR GLUTEN FREE TORTILLAS