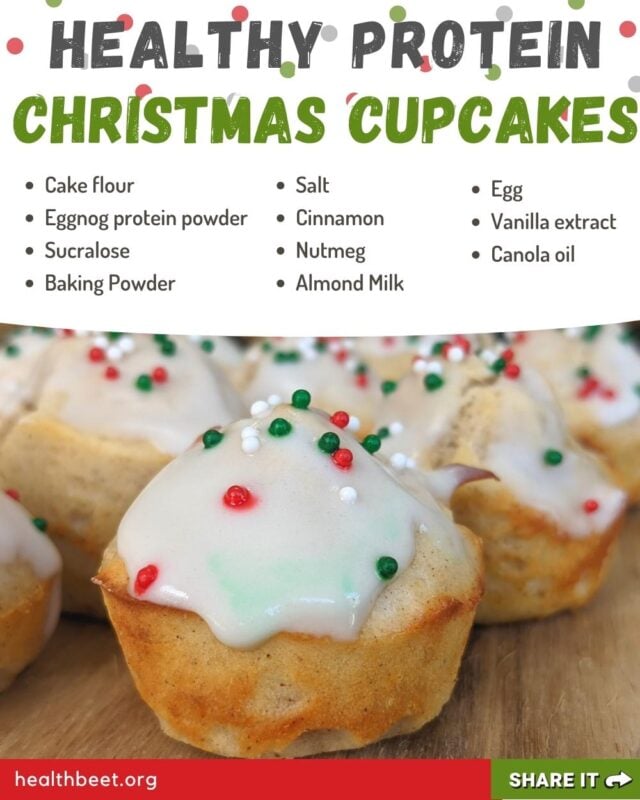 Need a holiday dessert, like Christmas cupcakes? Also want them to be healthy, and made with protein powder for extra protein? Try these Eggnog Christmas Protein Cupcakes!

Each mini Christmas protein cupcake is 41 calories, 2 grams of protein, 6 grams of carbs, and 2 grams of fat.

One thing I like about the Clean Simple Eats protein powder, is that they release limited time flavors, and usually they are seasonal. In the last few months they’ve had:

And because I’m an affiliate for them, I get to try all the new flavors right when they are released! So, I was excited about this new flavor for the holiday, Clean Simple Eats Eggnog! (my affiliate code is AMYROSKELLEY for a CSE discount if you want to try it).

They sent over a recipe for Eggnog donuts, which I did make. But, because it was a bit easier to make cupcakes, I decided to make those instead.

Substitutions for this recipe

Let me know if you give these a try! 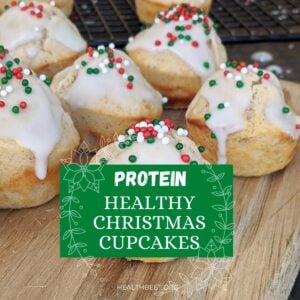