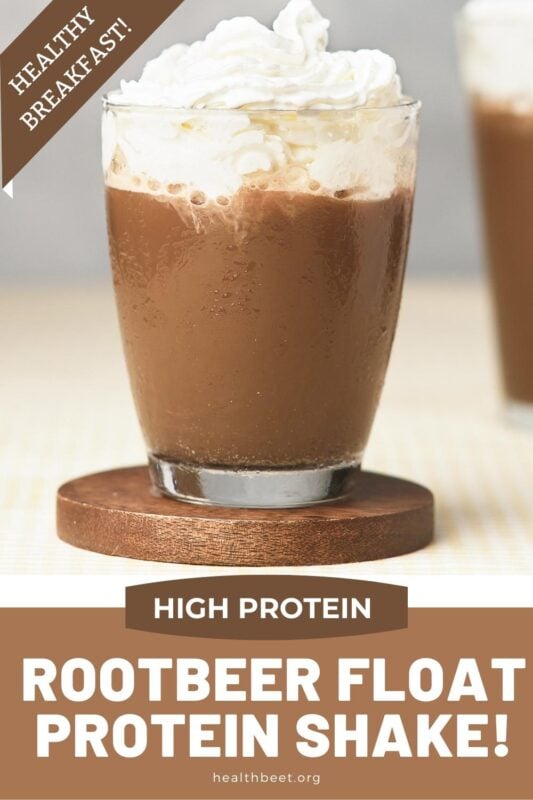 With only 3 Ingredients, this tastes like a root beer float, but has 24 grams of protein for a delicious protein shake!

Oh my! I did it. I combined my two favorite things in the world right now (Root Beer and Protein) into one epic and delicious protein shake.

I’ve been saying for some time that mixing any flavor drink mix with vanilla protein powder means that you can have a MILLION types of protein drinks.

And since quitting diet coke, I have a LOT of drink mixes and skinny syrups. Then, I went a step further and bought myself a soda stream! (I’ll be sharing my drinks with the soda stream soon!)

Then, while I didn’t include it in the “three ingredients” to make this protein shake, you ARE going to need some ice! The more the better and whatever your blender can handle. I use 5-6, and it thickens up the shake like a root beer float just perfectly.

Then of course, I ALWAYS top my protein drinks with whipped cream- It’s only 15 calories for 2 tablespoons! 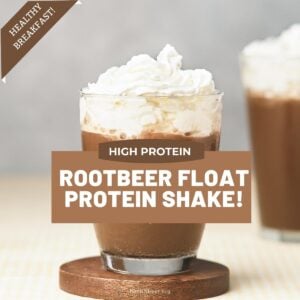