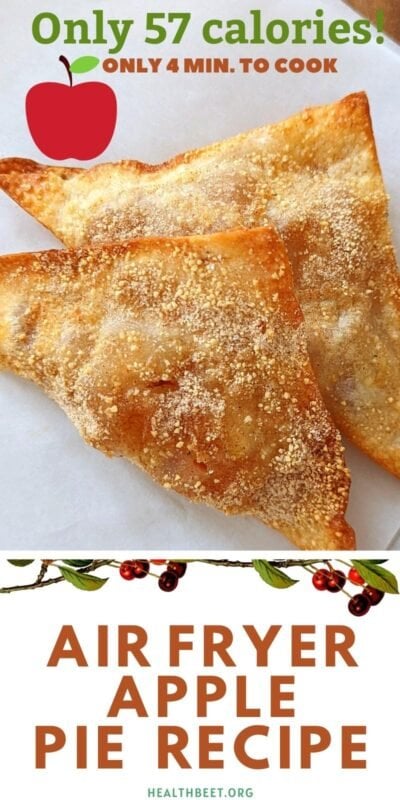 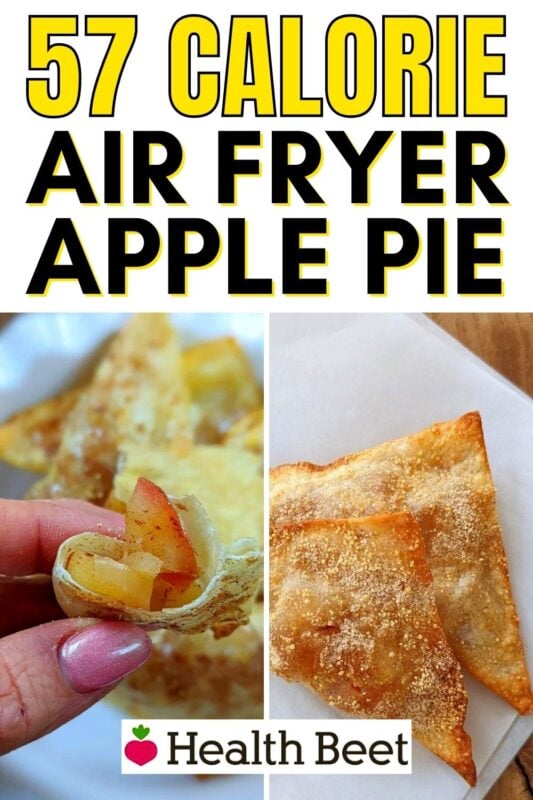 Use your air fryer to make this delicious, low calorie Air Fryer Apple Pie! Plus, it only takes 4 minutes to cook. Only 57 calories and 1 ww personal points!

The calories and macros for this air fryer apple pie is 57 calories, 3 g protein, 6 g carbs, 2 grams of fat, and 1 weight watchers points.

We started a remodel on my kitchen about 10 days ago. We have 2-3 more weeks of work, and in the meantime, I have no kitchen!

It’s such a bummer, as a food blogger (and lover of food) to not have a kitchen. Thank goodness for the Air Fryer! Between my hot plate, air fryer, and toaster oven, we’ve been getting by just fine.

In my air fryer, I’ve been making

So, I didn’t hesitate to make mini, low calorie apple pies in my air fryer, even though I’m on bikini prep right now. (trying to be ready to compete by mid-April! YIKES!

How to make mini apple pies in the air fryer

This process is nothing new! I’ve been making these mini apple pies forever with won ton wrappers. I also made these air fryer cherry pies, using the same idea.

I wanted to make these with the no sugar added apple pie filling, because it’s only 30 calories for a full 1/3 cup. But my store NEVER had it. So, finally I decided to just cook my own apples. I like it both ways, for what it’s worth.

I share a video in the recipe below, but using either chopped cooked apples, or sugar free apple pie filling, just fill a won ton wrapper. Seal the edges with water. Brush with an egg wash, and cook them at 325 for 4 minutes (turning after two minutes to cook both sides).

I also added some Cinnamon Honey Butter Feast Mode seasoning to HALF the pies. These were SO delicious! Seriously, if have some of the feast mode seasoning, it’s a GAME CHANGER on these little pies.

So, give these a try, and definitely let me know what you think! 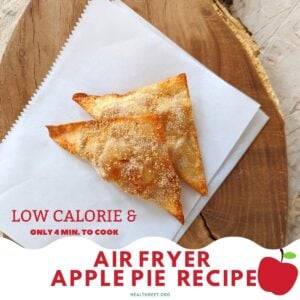