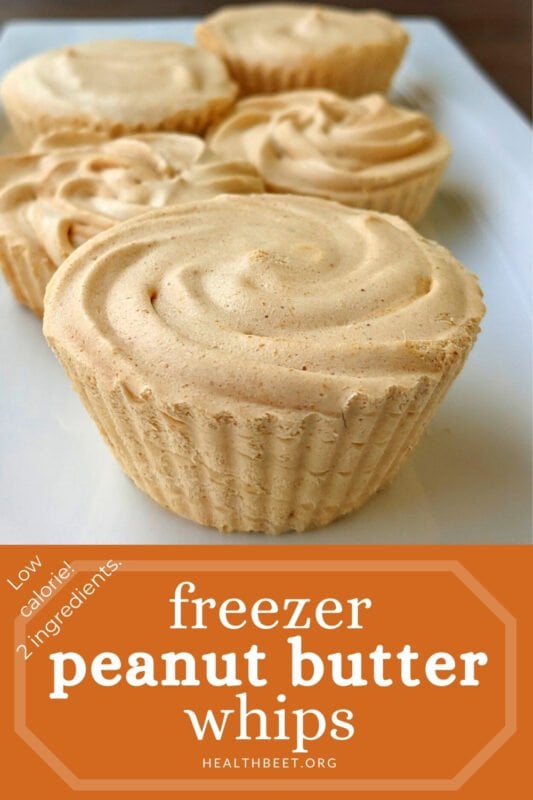 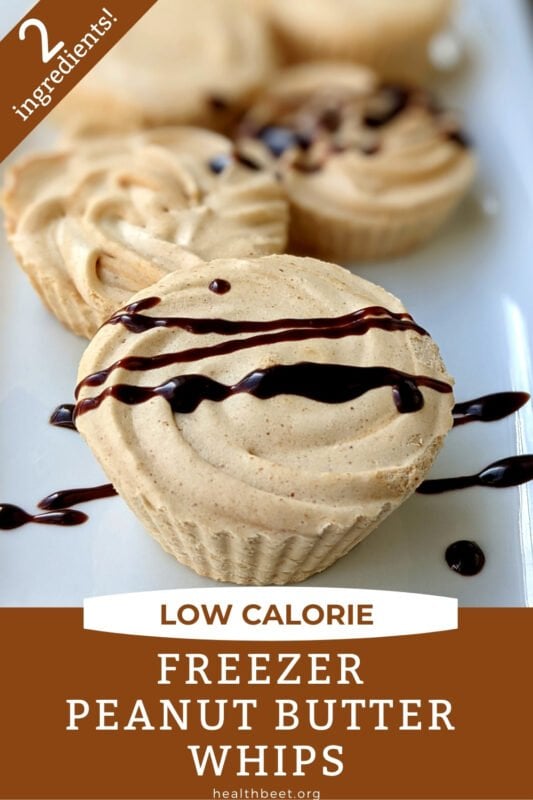 With just 2 ingredients, peanut butter powder and light cool whip, this recipe is a low calorie treat! Freezer peanut butter whips is like peanut butter mousse, but with a lot less sugar and fat!

This classic Weight Watchers recipe only needs two ingredients for these peanut butter whips. The first is peanut butter powder, and the second is cool whip.

As a dessert, Peanut butter powder is a great substitute for regular peanut butter because it has fewer calories and less fat.

While I’m not anti-dietary fat, I do try to cut calories where I can, and fat is the most calorie dense macronutrient of them all. So, generally, when I lower fat in a recipe, calories will come down as well.

First of all, fun fact: I’ve been a fan of Cool Whip since I was a child in the 70’s! (Cool whip actually came onto market in 1966!) I was so in love with the whipped topping, that by the time I got to high school, and the very first home computers were launched, my first ever password was COOL WHIP!

I love cool whip so much, that if I have a tub of it in the fridge, I’ll literally eat it within days. With a spoon. But I digress!

Cool Whip is interesting, because there are several varieties at the grocery store. But what’s interesting is the cool whip nutrition information.

So, as you can see, there isn’t too much difference in the calories of the light and regular Cool Whip. And the carbs in cool whip are identical in all of them, even the sugar free! Kind of crazy.

But, when you use a full cup of cool whip, which is what this recipe for peanut butter whips uses, it does save you 40 calories.

How to make whipped peanut butter

Then, simply and gently fold in the light cool whip. I tried blending it with a hand mixer, but it just lost all it’s volume. While delicious, suddenly ALL the calories were concentrated into one muffin cup. LOL *here’s a picture of that first attempt:

After folding in the cool whip, pipe into silicone muffin cups. If you can get four servings out of this, our calories and macros will match!

Put your whipped peanut butter into the freezer for a few hours, until they can come out of the silicone cups safely.

Then, you can drizzle some sugar free chocolate syrup on top and eat!

If you leave in the freezer too long, and it’s rock solid. Just sit it out on the counter for 10 minutes, and it will soften up enough to eat it.

To get the full effect, I added a quick video inside the recipe card below!! 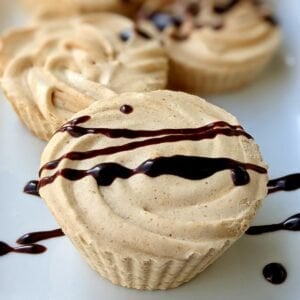 Can substitute regular cool whip, and add 10 calories per cup. Link to Weight watchers personal points (8 for me)

If you are interested in Weight Watchers, check out how the program works here, and their current pricing here.