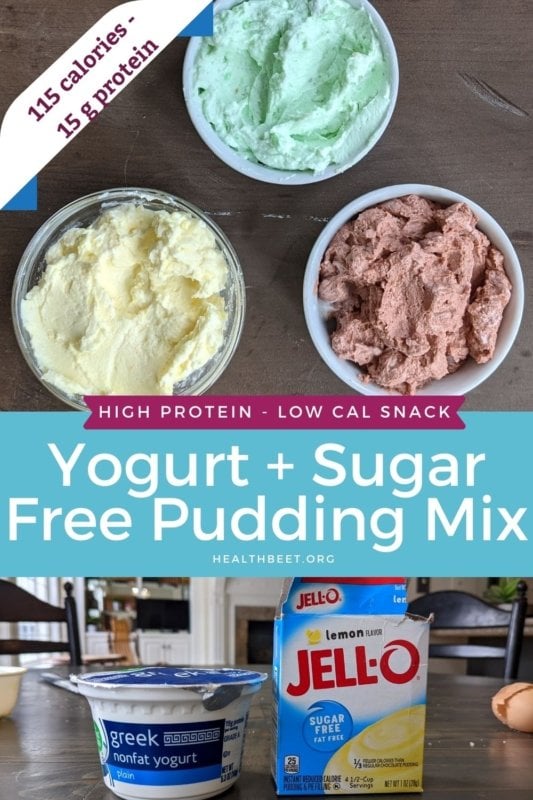 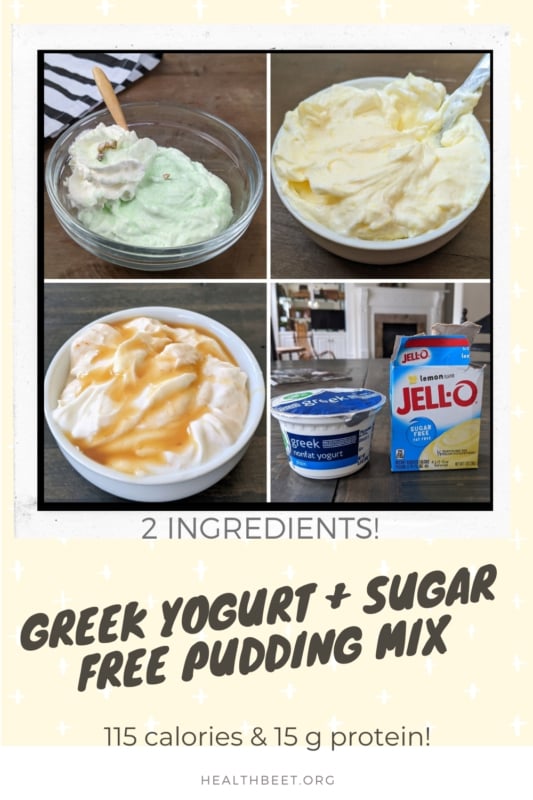 What happens when you combine plain, nonfat Greek yogurt with sugar free pudding mix? All your low calorie snack dreams become a reality!

Ever since I started the bikini prep last year, this yogurt and pudding combo has been a daily treat! It makes me feel like I’m indulging and not being deprived at all.

I’ve actually been mixing in a LOT of different things with my Greek yogurt. In fact, I could probably buy a new house with all the money I’ve spent on Greek yogurt and sugar free pudding mix.

But, I also like to mix into Greek yogurt:

And, before you think it’s just me, or this is weird, check out this reddit forum!

Also from the thread something I haven’t tried.. adding strawberries to the chocolate pudding mix and yogurt! YUM!!

Troubleshooting the yogurt and pudding mix

Here’s my tips from 12 months of eating this! 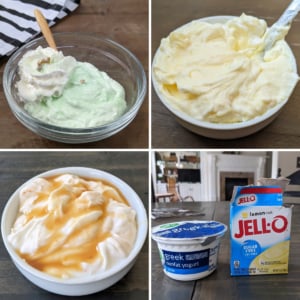